Remember I told you guys, at any give time you will find me quoting some rap lyrics, I’ll even occasionally throw in a movie line or 2…

But really if you think about it, it’s a very accurate statement. Everyone lies, some more then others, but I think you get my point.

We even use them to prove our point. After all there is power in numbers…Right?

So I figure if travel is not a priority already, here’s some numbers why it should be….

My Top 5 reasons why traveling should be a priority

We can all benefit from more jobs. That’s why it’s number 1 on my list

So here’s some numbers

So now that we have solved America’s economic crisis (my logic), lets move on to a more healthier reason.

Studies have shown, traveling increases your chances of a healthy living!!!

Women who vacation 2x’s a year show a lower risk of a heart attack, than women who only travel every every 6 yrs

For men who do not travel annual, there’s a 30% increase of heart disease.

OK… I’m over exaggerating a little, but it will help with my next reason….

I think one thing we can ALL agree on is……

It is one of the leading causes of death in America bringing alone the rest of the family like:

Just being able to take a break away from those “stressors in life” slows the aging process and can be used as a antidote to some of life’s ailments.

That’s probably why 93% of Americans reported they feel happier after taking a vacation (obviously, right?)… 82% believed they need a vacation even more during economic times.

That’s where I fall in at.

My next is reason is probably my favorite, but I went with Jobs for obvious reasons.

Cognitive skills are those core skills your brain uses to do those simple things like:  read, learn, think, reason, pay attention, and remember.

Can you think of a time when all of those things happen at once???

New smells, different languages, new foods, new surroundings, all of those things allow the brain synapses (nerve cells) to start firing and that tends to lead to creativity and inspiration. There’s a much deeper learning when you submerge yourself in a culture different from your own.

Get those synapses firing (while snapping my fingers) and go somewhere Outlier!

Simply put… You deserve it.

Studies show when surveyed, 100% feel like they need a vacation. 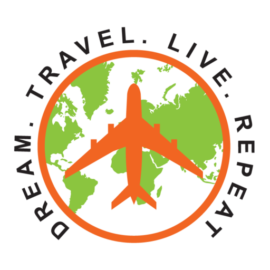